Are You a LEADER? Apply Now!
You are here: Home > About > Dr. Pedro Albizu Campos 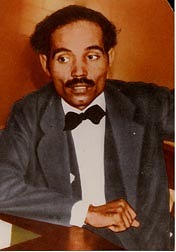 He was called “El Maestro” by all who loved him and valued his leadership. Pedro Albizu Campos was the most prominent Puerto Rican political figure of the 20th century, a National Hero who sacrificed his life for the freedom of his country. Under his direction, the Nationalist Party of Puerto Rico became a major force in the fight for independence. A powerful speaker, thousands would gather to listen to his passionate discourses of freedom. He urged the Puerto Rican people to reclaim their cultural history and national symbols such as the flag and the national anthem.

Pedro Albizu Campos was instrumental in winning an island wide sugar cane strike and exposing secret medical experiments sponsored by the Rockefeller Institute. He developed the theory of non-collaboration (retraimiento) with the colonial structures, i.e. boycotting elections and military service. He soon became a target of the colonial forces and was arrested and charged with seditious conspiracy. From the mid-thirties to the early sixties, Pedro Albizu Campos would be in and out of U.S. prisons (25 years). During his incarceration, he repeatedly charged that he was a target of human radiation experiments. His skin severely swollen and cracking he covered himself with wet towels. Jailers thought he was crazy, but today there is proof that radiation experiments did take place.

Philosophically Pedro Albizu Campos was neither a communist nor an anti-American. In fact, he was a deeply religious man of the Catholic faith.

“The good people of the U. S. are not to be blamed for the shameless conduct of certain government officials.” He argued in court and at the podium, that the U.S. occupation of Puerto Rico was illegal. His legal argument was based on the question of the USA being awarded proprietary rights over Puerto Rico by virtue of the Paris Peace Treaty of 1898. The island was handed over by Spain along with Cuba and the Philippines as spoils of war to the U.S.

He claimed that the treaty was nullified by the fact that Spain had previously granted Autonomy to Puerto Rico in 1897. By the time of the Treaty, Puerto Rico had its own coin, its own postage stamps, mail and custom service and was therefore a sovereign independent nation under international law. Spain, he claimed, had no rights to give away another sovereign nation.

Further more, Puerto Rico per se had never participated at the treaty nor even been consulted. His summation was to the effect that É “Éthis countries consent to its association with the US, never having been asked, nor conceded, the acquisition effected by the U.S. under said treaty, is a violation of international LawÉ”

He never accepted the United States rights to govern in Puerto Rico. He did reach that “Éif they won’t listen to legal reason, then we must take up arms against the invaders.” When he issued his call to arms, he cited as legal precedents the Boston Tea Party and the drawn sword of George Washington. Ironically, he also mentioned that Luis Muñoz Rivera got Puerto Rico’s Autonomy from Spain by means of a threat to take his case to the U.S., both parties understanding that the liberal Yankees, would sympathize with the concept of independence. It is curious to note that both Cuba and the Philippines where the Spanish/American War was fought were granted their independence. Only Puerto Rico where there was no major fighting is still controlled by the U.S.

Because of his teachings, the Puerto Rican people and the Latino world called, Pedro Albizu Campos, “El Maestro”. He was the first great Puerto Rican theoretician of anticolonial thought and the first to describe the contradictions of the colonized. Today there are parks, streets and schools named after him. Institutes and scholars study his work as well as activists look to his example to continue their struggle for Puerto Rico’s independence. People of all ages wear T-shirts adorned with his picture and famous quotes. In all the major struggles presently taking place in Puerto Rico you will always see and feel the presence of “El Maestro” at a demonstration or at rally.